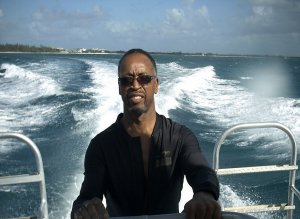 Winston comes to us via the Windy City where he was a member of the Chicago Fire Department. His career spanned over many decades, and his hard work paid off as he was promoted up the ranks from firefighter all the way to District Chief. When retirement came Winston, and his wife came south to escape the cold Chicago winters. In the south (Georgia) he gets to enjoy what he loves, being in the water! He will tell you he is a water sports enthusiast and enjoys swimming and SCUBA diving. He is a lifetime member of the N.A.B.S. Besides feeding his need to be in the water he enjoys working in the surrounding communities through their outreach programs mentoring children. In his down time, he enjoys reading a good book and spending time with his grandchildren. Winston has plans for his driver's education which includes becoming an Open Water SCUBA Instructor in the near future.